I figured it was about time that I got around to starting that blog that I always intended to. The aim is to share information and experiences. If I can make one person think and make a change, then it’ll have been worth it.

So this first post is to introduce myself and to explain a little about why I feel that transitioning to veganism is one of the best lifestyle choices I’ve made.

I think my story is probably similar to many other vegans’ in that I initially stopped consuming animals and animal products, selfishly, for my own health. I have a very dear friend who was diagnosed with cancer a couple of years ago. He went to visit a cancer nutritionist who told him that in order to minimise the chances of developing cancer to begin with, people should really turn to a plant-based diet.

This was news to me. What was so wrong with meat and dairy? My interest was piqued and I set about doing my own research.

I found transitioning to veganism fairly easy. While studying for my undergrad, I lived with a vegetarian who I regarded as being quite strict. She always checked ingredients, even on sweets and checked the filtration processes of wines; she’d sometimes refuse medication because the capsule contained gelatine; she wouldn’t share the dishwasher, preferring to wash by hand; she was quite choosy when eating out at restaurants because she was concerned of cross-contamination if her chosen dish had been cooked in the same pan as meats; and she would only buy cosmetics from places like The Body Shop and Lush. I’d come across vegetarians before, but had never really thought about the Ins and Outs. I could completely understand her strictness and was always sort of in awe of her self-discipline. I thought it must be incredibly hard to live the way that she did. She was also studying veterinary science and kept guinea pigs in her bedroom. The very definition of a true animal-lover. She has since turned vegan. 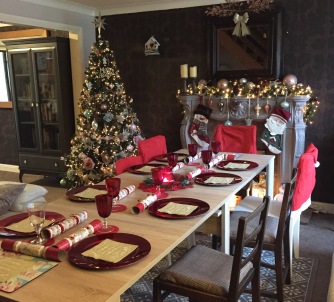 She made me think twice about eating animals. Prior to this, I’d chewed on dead carcasses quite happily without it entering my consciousness. As a family, we always had some form of meat with every dinner. Mum used to cook a lot of white meat, but I can honestly say that I’ve never eaten a steak in my whole life. I’ve only ever had gammon twice and I can clearly remember both occasions. The first time, I couldn’t get past the second mouthful it was just so salty and chewy and I vowed that there would never be a second time. Then, I went to the home of my university boyfriend where I was to meet his parents for the first time. About an hour before sitting down to dinner, he’d asked me if there were anything that I wouldn’t/couldn’t eat. I said I wasn’t fussy, the only thing I would NOT be able to eat was gammon and obviously, that is precisely what was placed in front of me. I had to politely chew and swallow every morsel, and it took me around a million excruciatingly painful minutes (I’m only slightly exaggerating). Embarrassingly, I think his parents actually left the table before I’d finished. So although red meat was not something that was regularly on the menu, aside from gammon, I would eat pretty much any dead animal… within (what I thought was) reason. I now realise it’s a ridiculous society-ingrained notion to think that it’s OK to eat some animals but not others.

But after meeting my veggie housemate, something changed. I felt sickened by the thought of eating a cow or a pig or a lamb. I obviously had always known where meat came from, but I’d never really thought about it. How had I not considered it before now? An animal had given the ultimate sacrifice (against its will). I no longer wanted something sitting in my stomach when I knew that it was a dismembered body part of our mammalian cousins. I felt like I could actually feel the remains laying heavy in my belly. A highly uncomfortable feeling. So I decided that I’d eliminate from my diet… cute animals. I just cringed writing that, but that’s basically what it boiled down to. I would not eat anything fluffy or hairy again.

But I decided that, because we surely needed meat in our diet to remain healthy (because weren’t all vegetarians pale and anaemic?), that I would continue to eat poultry and fish. And I did so for the next 15 years.

So when I discovered that, actually, ALL animal products have negative health consequences, I experienced something of an epiphany and decided quite easily that I had to eliminate chicken and fish, as well as dairy and eggs too.

Just as I’d made the decision to become plant-based, I found out I was pregnant. I hadn’t done enough research around the topic and didn’t want to risk the health of my baby by not “doing it right”. I just didn’t feel confident enough that I was able to get all the required nutrients to sustain a healthy pregnancy. So while I stopped eating meat, I continued to eat dairy for a while because, y’know, milk builds strong bones and all that. Pfft. 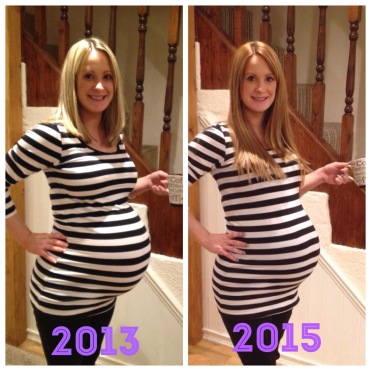 I did loads of research and found out that you can indeed sustain a healthy pregnancy without torturing, abusing and slaughtering animals. Who knew?

So, I committed to veganism. It really felt like the next logical step and at the time I felt like the metaphorical weight had been lifted. I was just “giving up” one extra thing. But, I wasn’t giving up anything. I was simply ceasing to take something that wasn’t mine in the first place. What a weird concept, I realised, drinking the breast milk of a completely different species. If I passed you a glass of dog’s milk that had been through the same pasteurising process, you’d say “yuk”. But breastmilk from a cow is completely different and completely fine? And fancy feeding it to our infant children when it’s intended to turn a 65 pound baby cow into an animal that weighs 700 pounds as quickly as possible. How have we been feeding this to our children without thinking that there could be negative consequences? But that’s for a different blog post.

Just for those eagle-eyed of you who are wondering where my what-should-be-an-8-month-bump is, I sadly found out at my 12-week scan that I had lost the baby. It had been my third miscarriage in 6 months. We’ve since decided that, actually, we’re quite happy as a foursome.

Back to the story.

I started to do a lot more independent research. I watched health-related documentaries that focused on diet, such as What The Health? and Forks Over Knives. I learnt that by eliminating animal protein from your diet, you can increase your life expectancy and can reduce your risk of developing heart disease, cancer, diabetes and stroke, because when you follow a plant-based diet, you literally consume zero cholesterol. Cholesterol is only present in foods derived from animals. I also learnt that you can obtain all you need from plants, including protein, iron, and calcium. Furthermore, the quality of these vitamins and minerals is actually better, because you’re not recycling it through an animal who obtained all of those things itself from a plant-based diet. Learning what I did simply cemented my decision.

Digesting the persuasive arguments in those documentaries (‘scuse the pun) further fuelled my interest, not just in health, but in other areas such as the environmental impact of eating meat, I hadn’t even known that there was one up until that point.

I watched Cowspiracy next. It was a name banded about quite a lot in the vegan community and I felt it my duty as a new vegan to partake in viewing this influential film. Frankly, after watching this, I was scared. Scared for the planet and for my babies. What a world I have brought them into. I had no idea that the meat and dairy industry was having such a massive, destructive effect on our beloved Mother Earth. I didn’t know that we were clearing such massive areas of rainforest to make way for agricultural farming. An acre per second! If it continues at this rate, in 15 year’s time, the Amazonian Rainforest will no longer exist. We’re destroying the lungs of our planet. Without all of those trees photosynthesising and cleaning the air, we are contributing to global warming more than burning fossil fuels, driving cars and flying planes put together. By continuing this practice, we’re likely going to end up in a climate war with mass migration occurring as people flee from droughts, famine and sinking landscapes.

The main takeaway message from this film was that we could literally halt global warming if we all agreed to stop eating meat, to stop breeding cattle, to stop clearing forests. Not only that, but if we took all of the grain that we use to fatten up cattle for the West, and instead gave it to people, there would be enough food for everyone and we could actually end world hunger too.

Now, I’m not an animal-lover per se. I’m not one to watch cute cat videos shared on Facebook, or even pet a puppy that comes over in a park. I mean, there are times when I really don’t see eye-to-eye with my own dog. But I challenge anyone to watch Earthlings without crying your heart out and without you taking away with you an image that you will never forget. I was only describing one scene from it to my husband and we both ended up in tears.

As I say, I’m no animal-lover, but I do respect another being’s right to live free from slavery, torture, abuse, fear and murder. I became vegan for my health, but veganism is not just a diet, it’s a lifestyle. Anyone can fall off the wagon on a diet. So I’ll remain vegan for the animals. I can no longer say that I don’t know. And I won’t go back.

“If we don’t need to kill and eat animals to be healthy, what are we doing this for?” – James Aspey, animal activist. 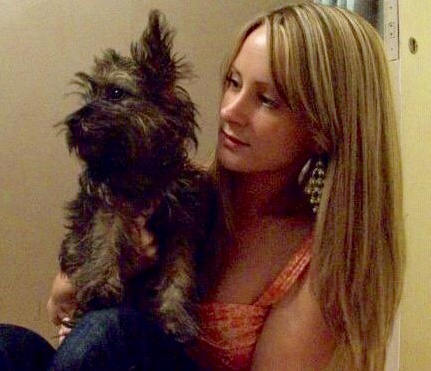 Me and my boy, Oscar